Hello ,
I'm building the current post will be updated according to a finding.
Share, as is my habit, so that other eyes can see things that I see.
Today, I see interesting words and perhaps some adaptations are necessary, I mean, I really need to learn English !!!
Marcelo .
Z340
A little game with the number 340 in morse.
340 Inverted = 043converting Morse 043----- ....- ...--

Other small game, with the 340, but now with the number 63 (total symbolos used in the construction of this)63 reversed = 36

or the CLASSIC morse SOS

A COMES ME AS TAGED ONE N QZorI am DECAYI Want KiLL a me go a Satan I too WanNa go me do art Map on to letter.Now it go a ZODIAC .May Time no it KILLStone to ,set meet, read ,as MATHNo sees the Misty need

Im like KenNedy KILL .A comes me , as tagGed one N,KILL ZODIAC 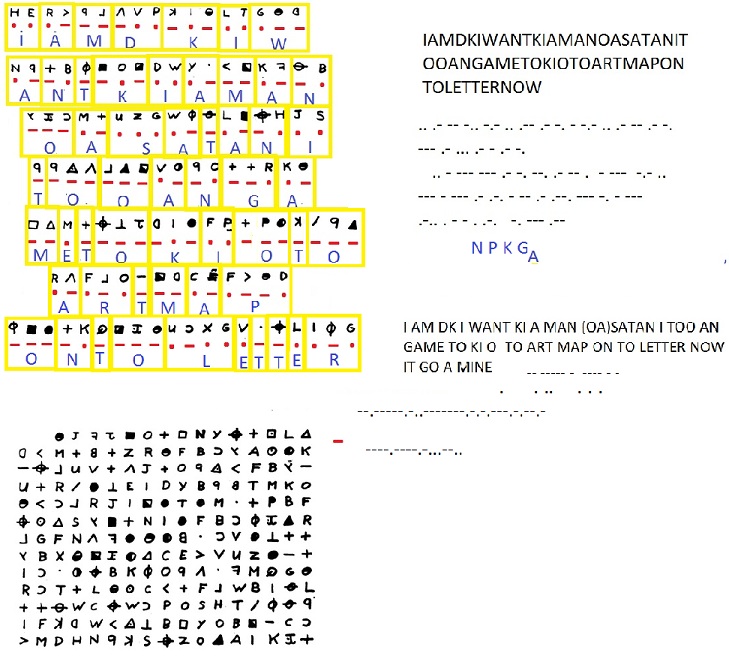 Following the same line of decoding, in which use Morse code as a basis, is found interesting information.
In this case I observed that the Z-32 is built on two separate lines, one with 17 symbols above and below 15 symbols.
Assigns the key as follows.
The letters on the top line (17) is equivalent to trace and symbols equals points.
The letters on the bottom (15) is equivalent to points and symbols are equivalent to trace.
That is, the key is reversed.
I found the following sentence, which is not lost on me, despite my bad English, which I share.
"Take PI to read it", and the word "IT" doubles do not know if this correct or have some value.
Anyway, the image below may make it clearer.
Marcelo. 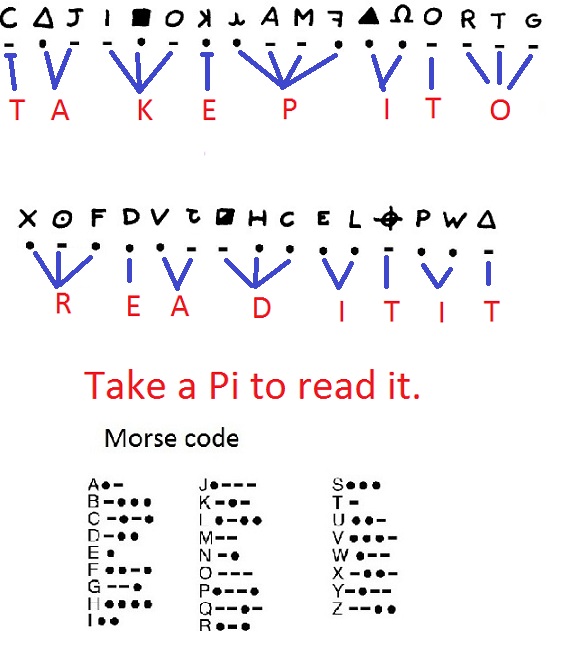